Uniquement sur artbasel.com
Exhibited artists :
Etel Adnan Pierre Alechinsky Günther Förg
Our proposal includes works on paper by Etel Adnan, Pierre Alechinsky, Gunther Förg, Hélio Oiticica, Nancy Spero, Michelle Stuart. Each artist sourced paper and employed it for its formal, inventive and for some, political potential. Two artists included – Pierre Alechinsky and Nancy Spero – relied solely on paper for their most major works, while the others saw paper as a medium equal to canvas for their expression.

As early as the mid-1960’s Pierre Alechinsky decided to work only on paper mounted on canvas ; predominately Chinese paper, with acrylic and India ink. Dernier coucher (1975) is a superb and vividly colored painting, freshly released from the artist’s studio.

Günther Förg carefully chose the size of the sheet in relation with the composition.  The paper’s surface and its size were integral to his idea. In this characteristic work from 1994, he used wove acrylic brushstrokes into a texture that attracts the viewer deep inside the space of the painting, beyond the surface grid.

Hélio Oiticica, a key member of the Brazilian Neo-Concrete whose influence is still felt all over Latin America, is represented by a metaesquemas –translated as “total system”. Made in a concentrated period from 1957 to 1958, the later metaesquemas, such as this one, are characterized by a carefully painted grid that is skewed. Geometry and careful calibration of color is used to describe a utopia.

Ana Mendieta translated her ephemeral practices in the landscape to independent art objects through sculptures, drawings, photographs, mixed media works, and films. Drawings became increasingly important throughout the artist’s career, serving as a way of “bringing the nature inside”. These works consider a different facet of Mendieta’s investigation of form, imbued with both plastic and symbolic meaning.

Etel Adnan was also significantly engaged in the defense of peace in a troubled period.  In the Seventies, towards the end of the war in Vietnam and before the civil war started in Lebanon, she left California for her native Beirut. There she became a journalist while remaining a painter and made a series of small works on paper where seemingly abstract compositions made with pastel strokes create poetic landscapes.

Time and landscape – as geology and history – are enduring motifs of Michelle Stuart’s sculpture, photography and works on paper. One of the few living land artists, she traveled extensively in the U.S. Southwest in the 70’s, often identifying a site that was rich in history. Galesteo is a scroll drawing made from crushed red earth of Galesteo, New Mexico, originally the home of Native American Pueblo community, worked painstakingly into the surface of the paper.

As opposed to canvas, which often requires a studio, preparation and specific tools, paper is often seen by artists as a more spontaneous medium. Our presentation will reveal these diverse and renowned artists’ commitment and exploration to works on paper.
Access to the viewing room on Art Basel→
See previous fairs →

Artworks of the fair 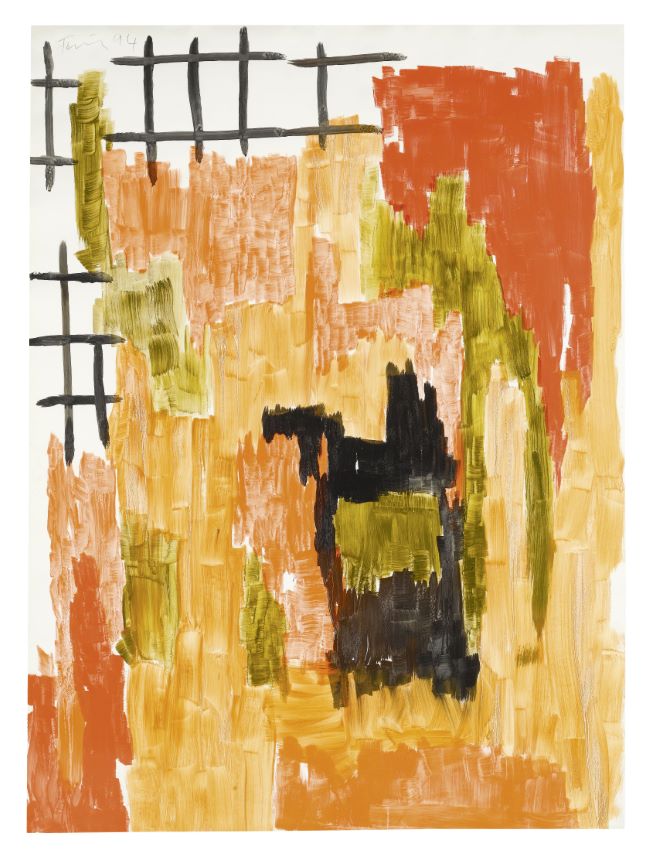 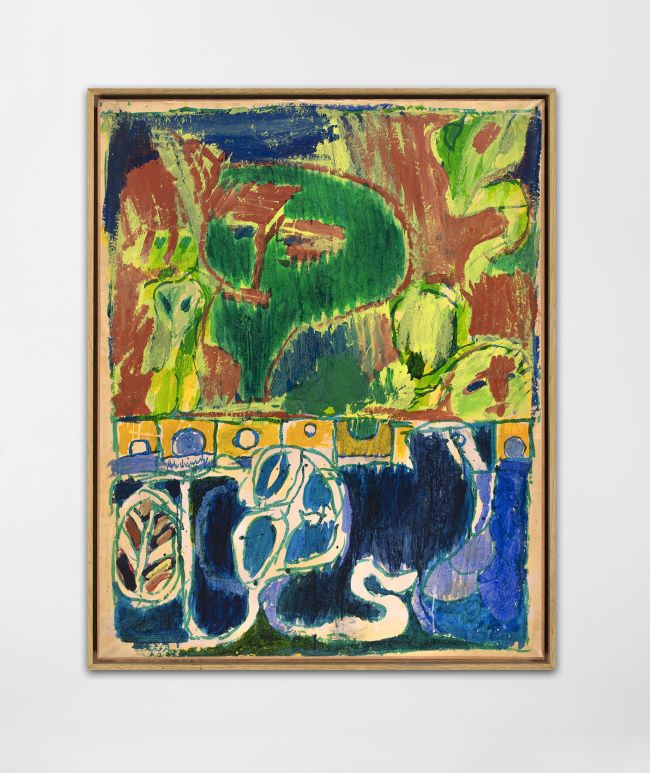 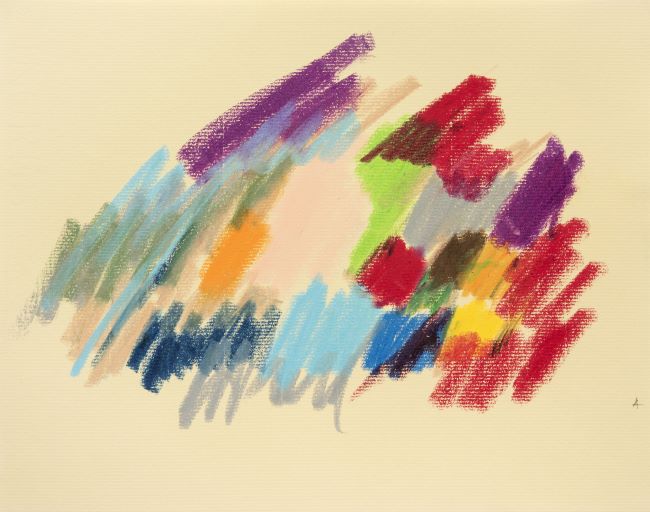