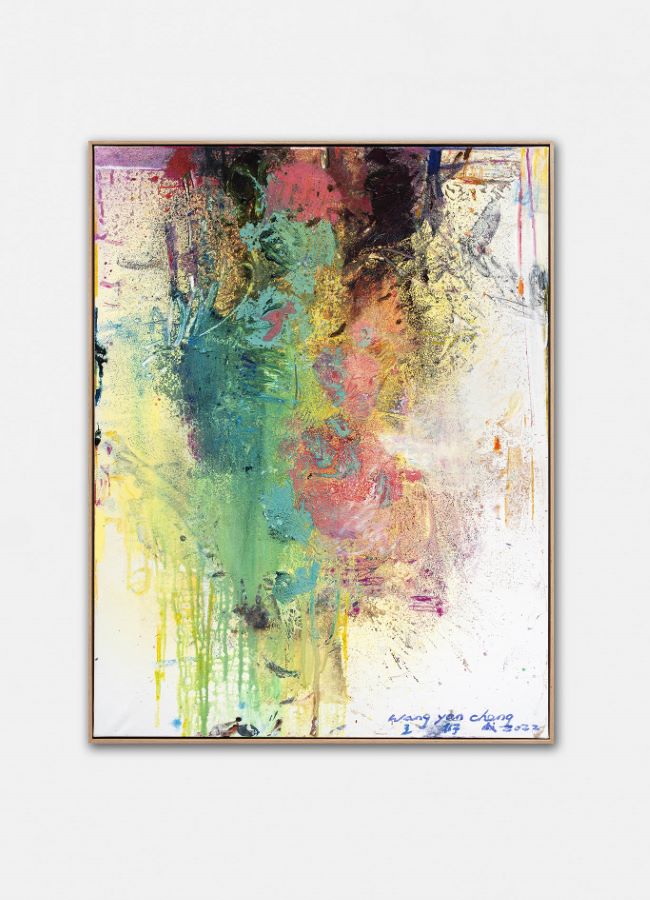 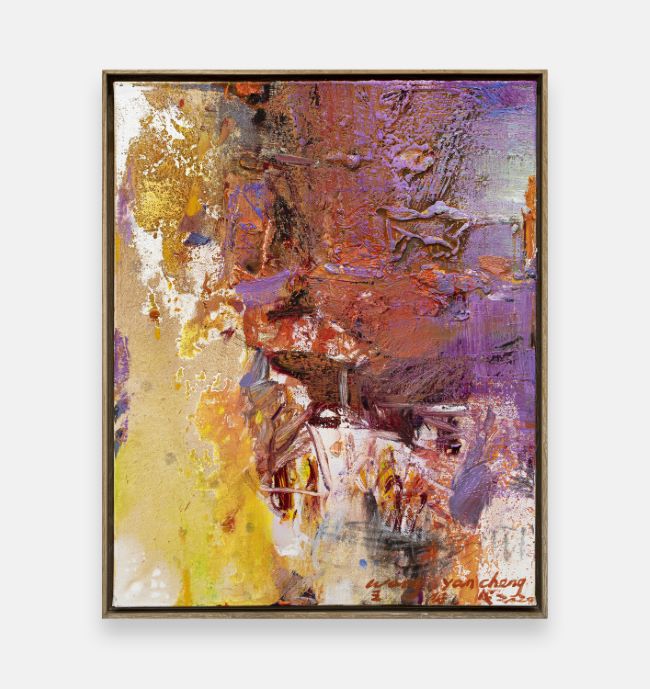 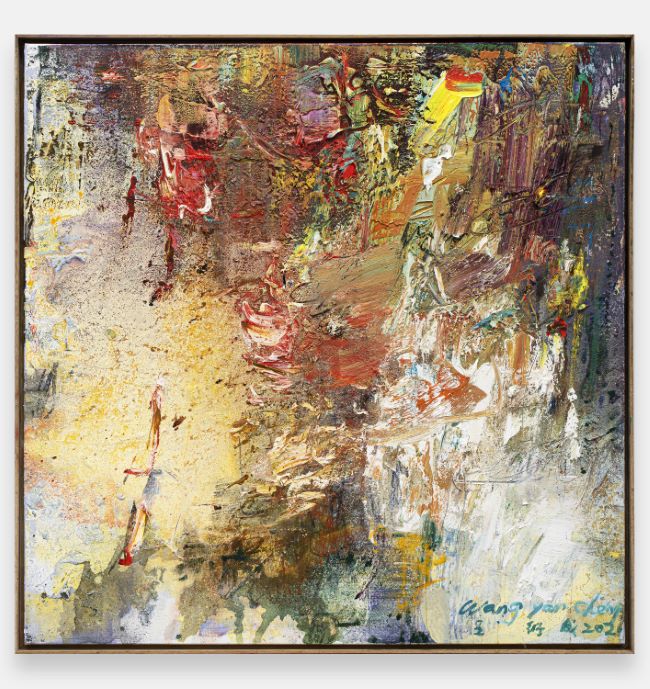 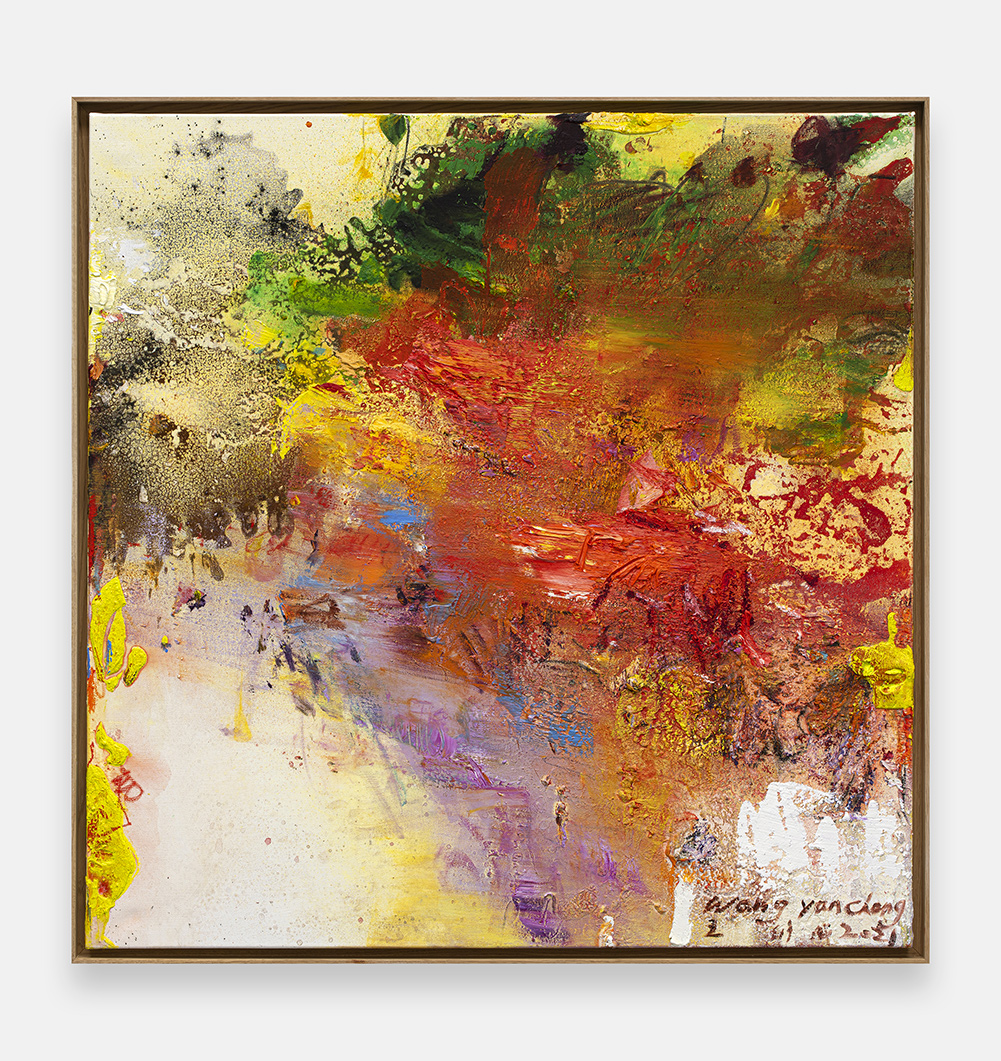 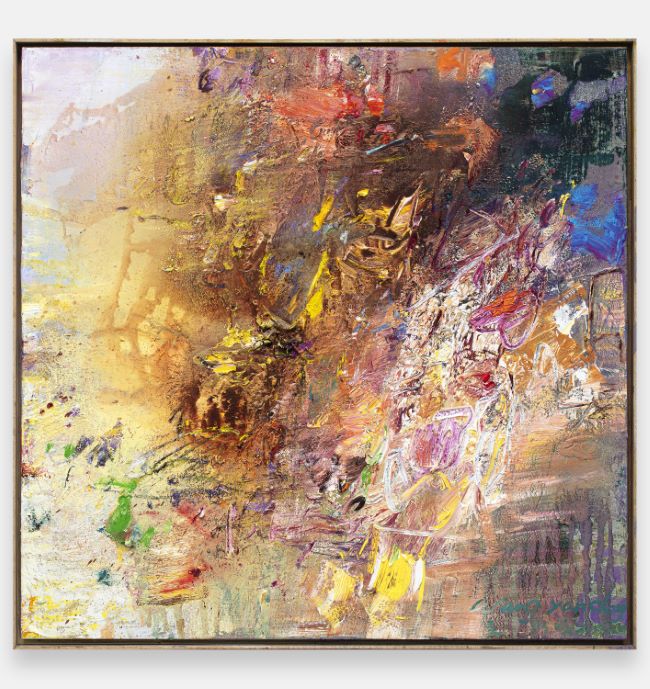 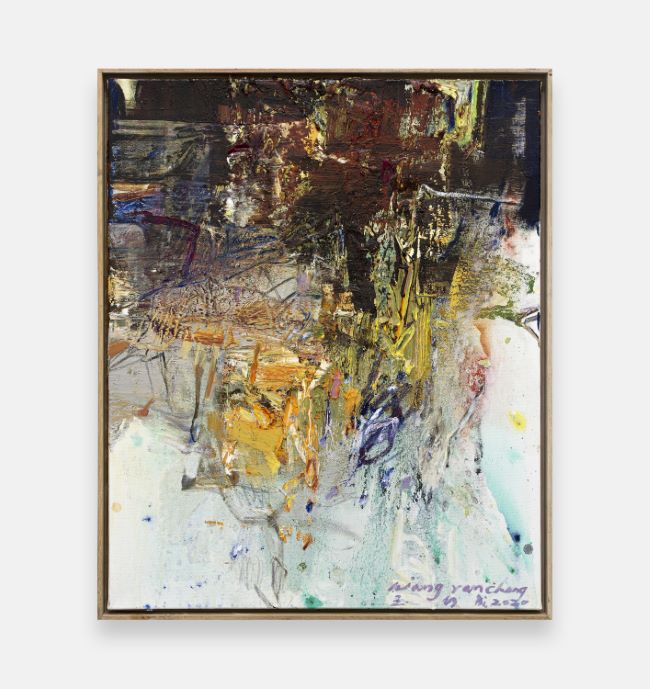 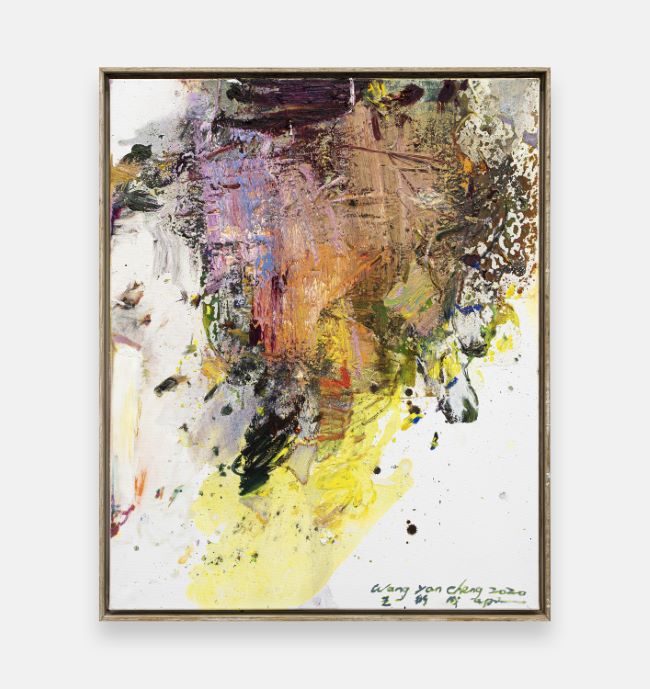 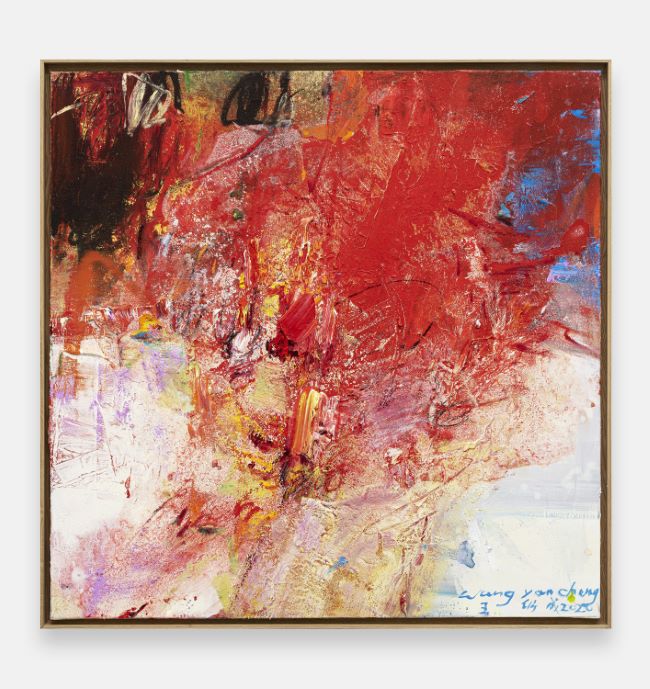 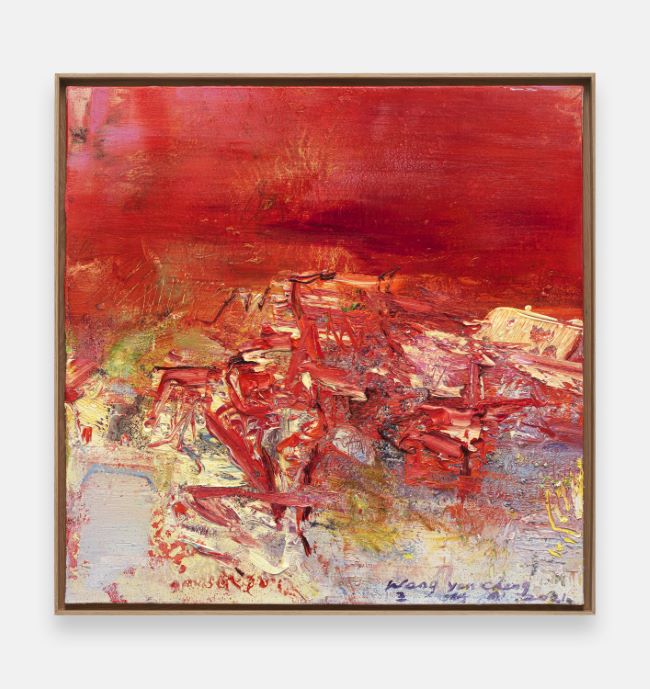 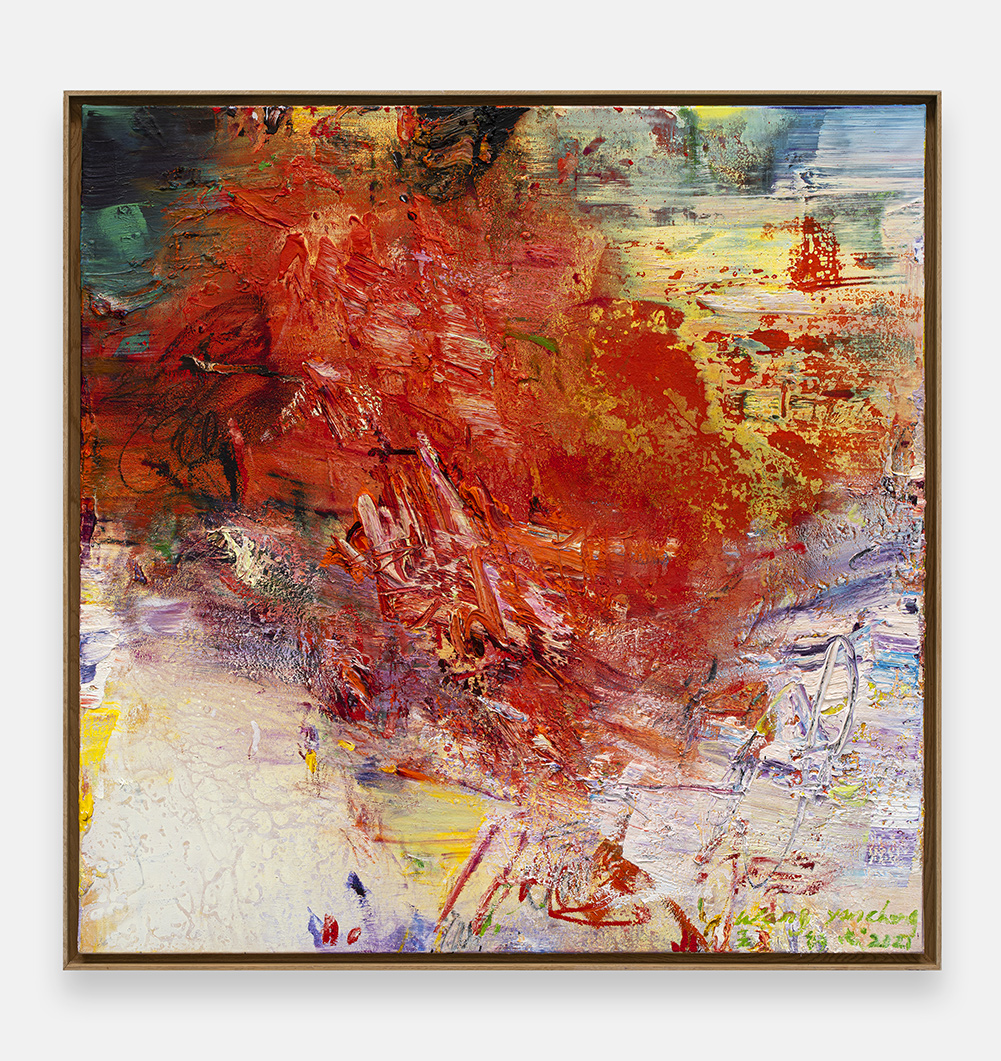 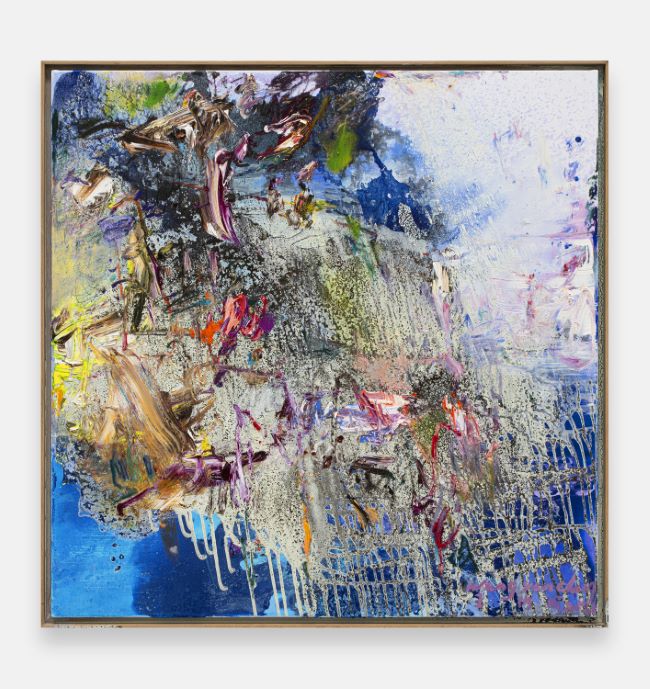 Wang Yan Cheng was born Jan 9th 1960, in the Guangdong province (southern tip of China).  Studies at Shandong Academy of Fine Arts and receives his diploma in 1985, becomes Assistant professor there as of 1986. From 1986 to 1989, he becomes a researcher at Chinese Central Academy of Fine Arts in Beijing, then going on to work with the Fine Arts Committee. With the Chinese Artists’ Association, he participates to the Beijing Contemporary Art Fair in 1989.  Wang Yan Cheng arrives in France (Saint-Étienne region) in 1989.  From 1991 to 1993 he studies plastic arts at the Saint-Étienne University and now shares his life between France and China. Obtaining tenure in 1992, he has been, since 1995, Invited professor at the Shandong Academy of Fine Arts. In 1996 he is noticed at the Paris Salon d’automne and invited to show his work at the Prince-Albert II Foundation in Monaco where he is awarded the Grand Prix Prince-Albert. That same year, he is nominated General Secretary of the Chinese Artists’ Association worldwide (World Chinese Artists).  As of 1998, his works enter Chinese public collections (Shenzhen Fine Arts Museum, Beijing Fine Arts Museum, Beijing Opera…). In France, following the exhibit at Tuiliers Gallery in Lyon, the Parisian Protée Gallery shows his work several times, in personal exhibitions, as of 2003. That same year Wang Yan Cheng becomes a member of the Salon Comparaisons, then, vice-president of the Asian section in 2004.  Still sharing his time between France and China (Beijing), he further develops his institutional links with China. In 2003, he becomes Invited professor at the Shanghai Fine Arts Academy. Between 2004 and 2006, he realises nine paintings at the occasion of an invitation to the Beijing Diaoyutai State Guesthouse. In 2007 he produces a monumental work spanning 2.30 by 6.60 meters (titled: Music in nature) for the Beijing Opera.   In 2010 the Montparnasse Museum shows a selection of his recent works, which then is shown in Beijing. End 2011 early 2012, he is shown at the Gallery Louis Carré (and will be again in 2014 and in 2019). Following a series of different exhibits in China, in Korea and in Japan, it’s in New York (in 2019) that his work is shown at Gallery Acquavella. End 2020, Wang Yan Cheng shows his work in Italy, at Rome and Florence. Since 1993, Wang Yan Cheng has participated to an important number of Art Fairs and Exhibitions in France as well as abroad. (Art Basel). He is represented, notably, by the following galleries: Les Tuiliers, Protée, Louis Carré, Trigano, Lelong, Acquavella, etc.., in a large number of cities worldwide: Guangzhou, Hong-Kong, Tokyo, Singapour, Shanghai, New York, Paris, Lyon, Antibes, Nice, Miami, Beijing, Ghent, Abu Dhabi, Maastricht, Bologna, Rome, Florence. Zao Wou-Ki and Chu Teh-Chun’s undisputed successor, in a couple of years, Wang Yan Cheng has become the Franco-Chinese great master of lyrical abstraction. He is the first Chinese artist, in the last 20 years, to have been distinguished by the French Government with three Honours Medals.