In October 2018, Hockney spent a couple of days in Normandy in the coastal town of Honfleur. From there, he went on to Bayeux to take a fresh look at Queen Mathilde’s tapestry and was fascinated by the graphic and narrative strength of this 11th-century masterpiece which reminded him of ancient Chinese scrolls.
Conveying the passage of time through painting has always been a major preoccupation of Hockney, an avid reader of Marcel Proust. The idea germinated in his mind to renew what he had accomplished in his native Yorkshire ten years ago, only this time with the Norman landscape: painting the 'Arrival of Spring' in its unfolding, as if it were a narrative.

He settled in a house in the countryside, set up a studio in the adjacent barn and started painting in March 2019. Hockney’s work is a sort of autobiography in pictures: he paints his relatives or close friends and the places where he lives. Thus, he began painting a long panorama representing a 360° vision of what surrounded the house, clearly referencing the Bayeux tapestry he had admired. This first work was followed by several views of the house, a 17th-century traditional, half-timbered cottage. If the Impressionists, in their quest for modernity, completely overlooked this kind of typical regional habitat, Hockney saw in it an echo of the thatched cottages of the Dutch landscapes painted by Rembrandt or the young Van Gogh.
When summer came, he embarked on a series of acrylic paintings depicting a view of the village of Beuvron-en-Auge, the apple and pear trees in the garden and trees in the morning mist, capturing the changing light and sky.

A 108-page hardback catalogue accompanies the exhibition with essays by Jean Frémon, Donatien Grau from Musée d'Orsay, Paris and David Hockney.
Book your ticket for the show→
Order the catalogue of the exhibion→
Download the press release→
Press area→
Visit the artist's page→
See previous exhibitions → 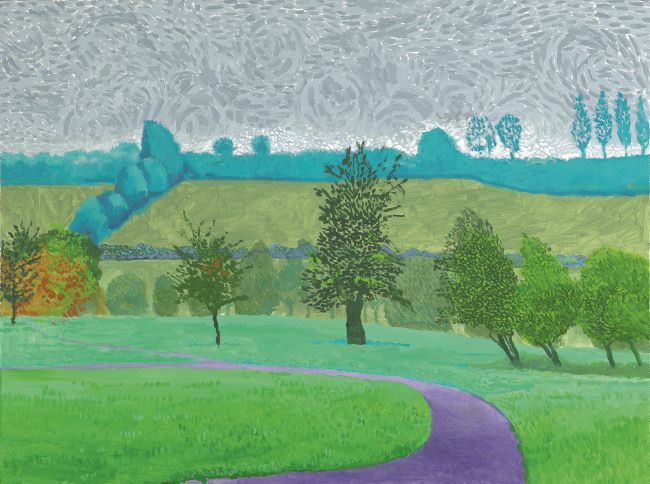 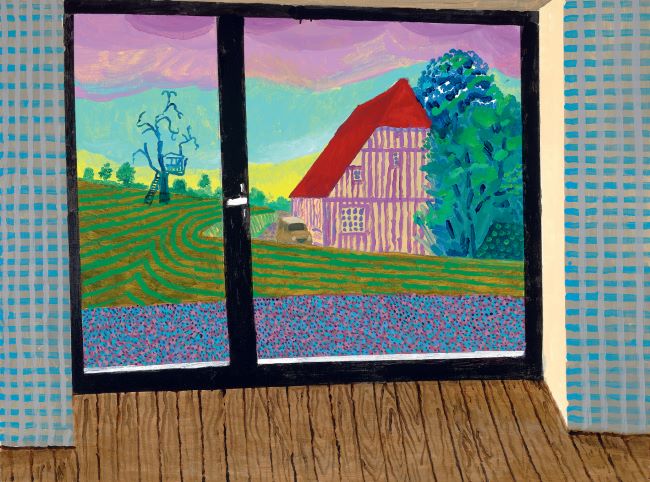 David Hockney
View From The Studio At Dawn II 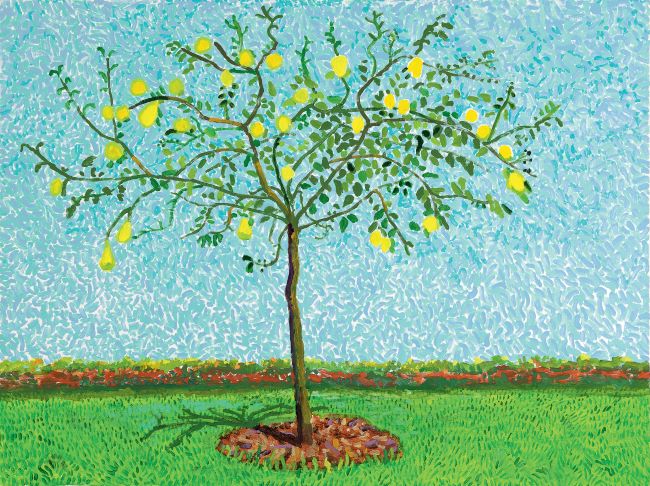 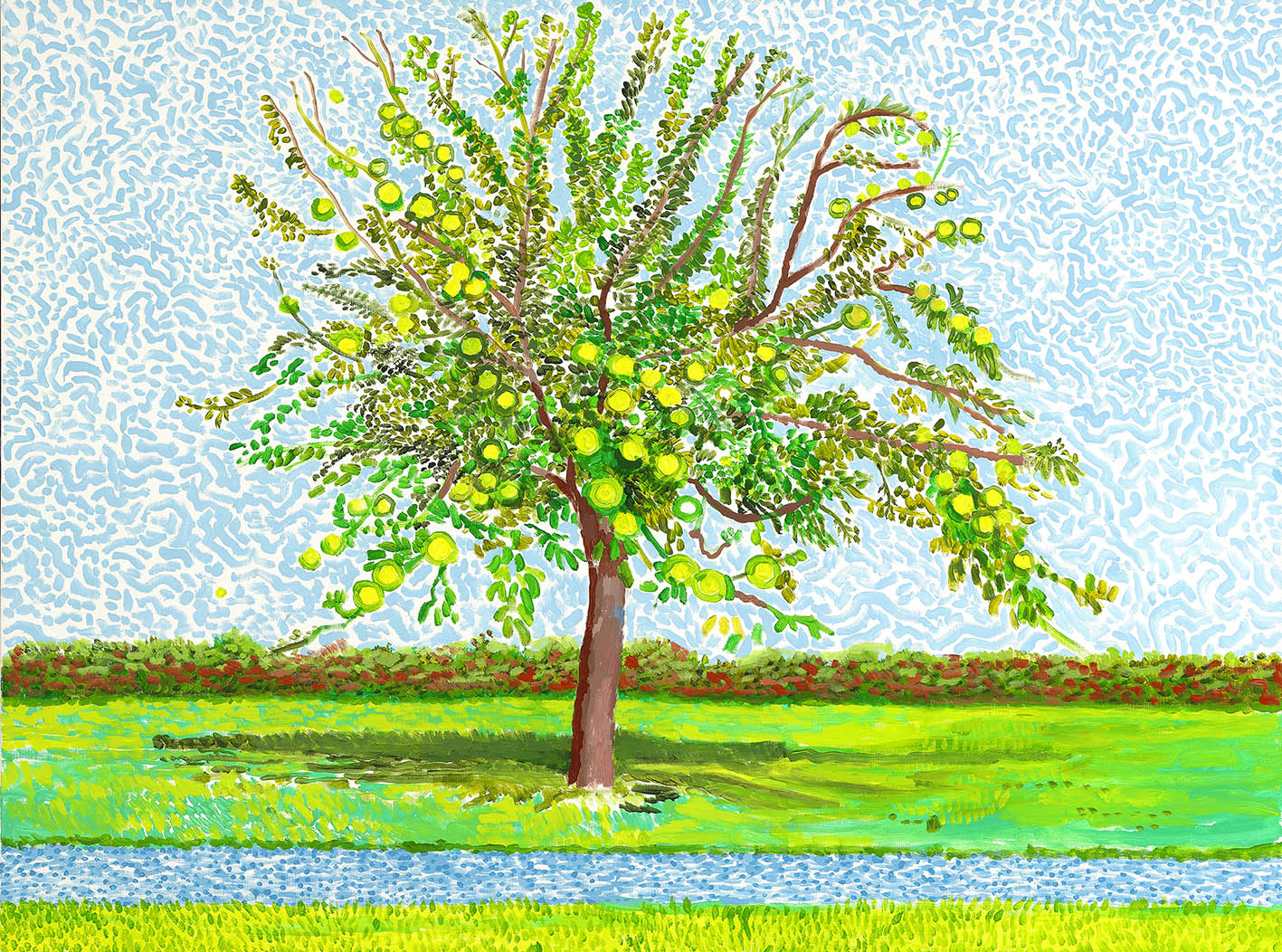 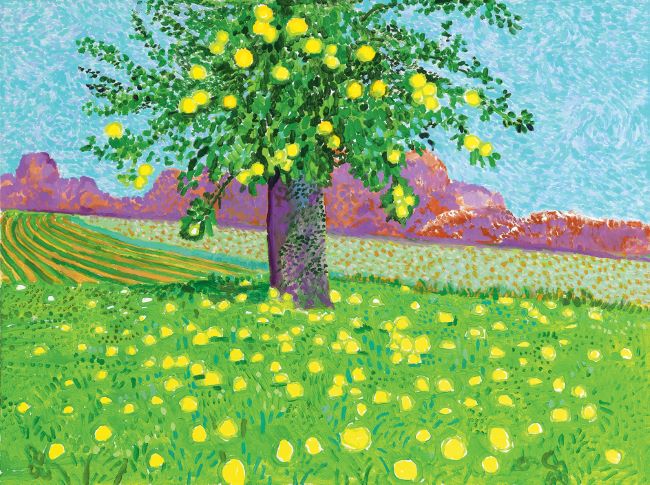 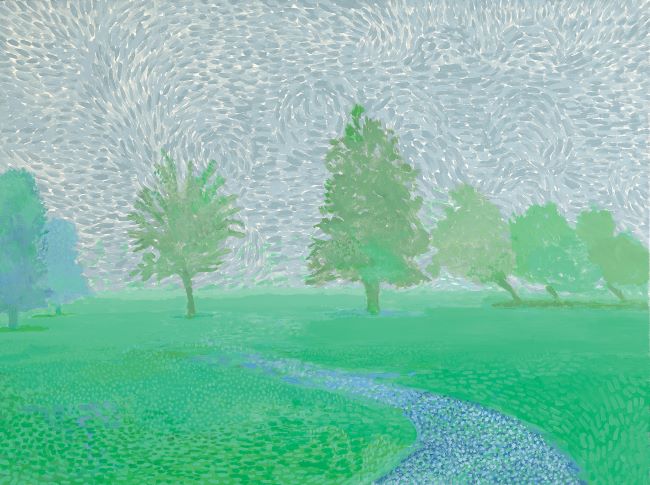 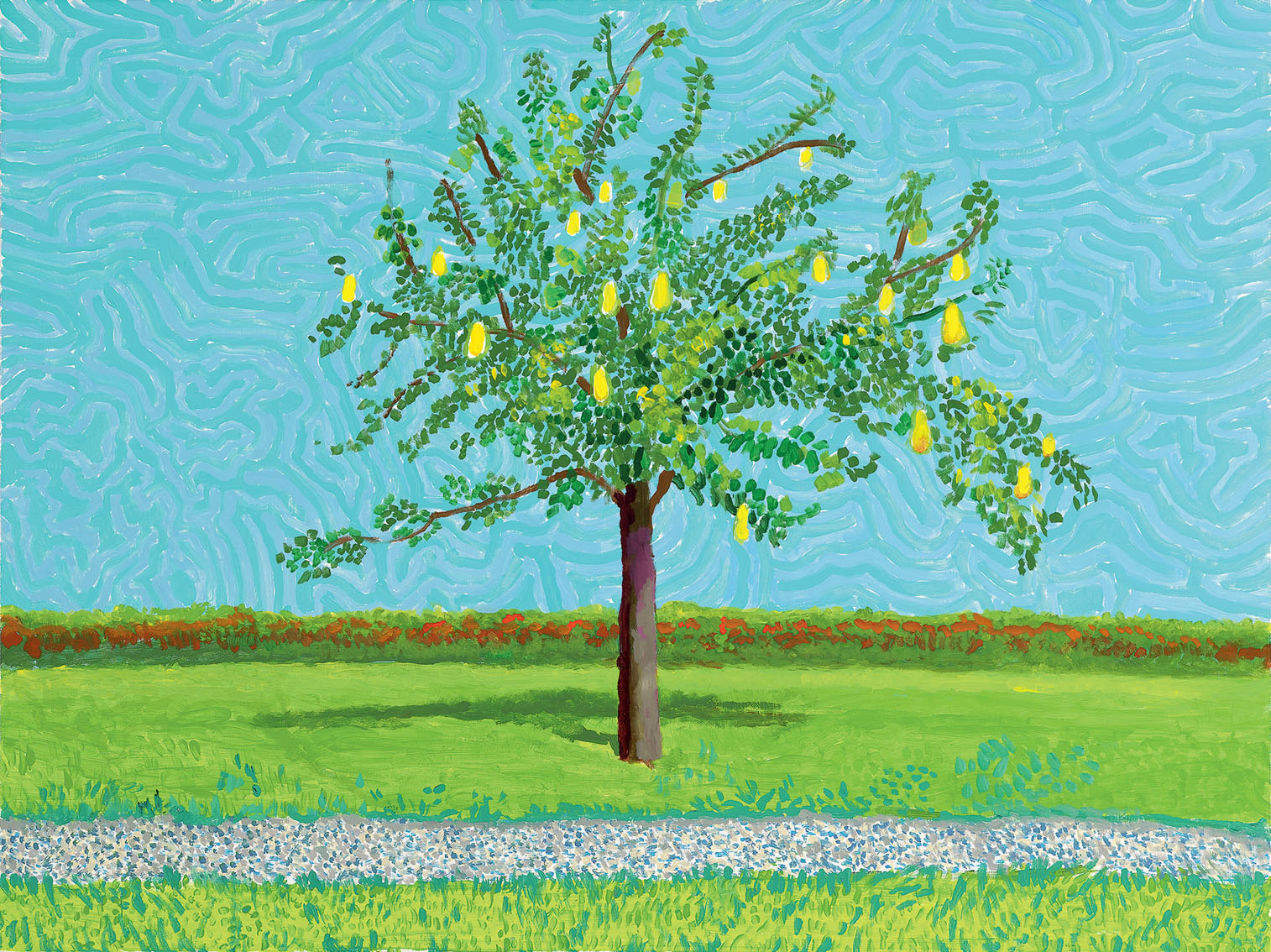 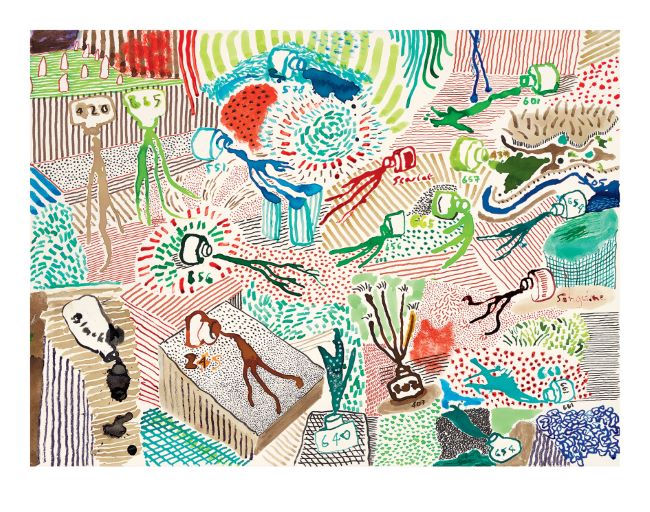 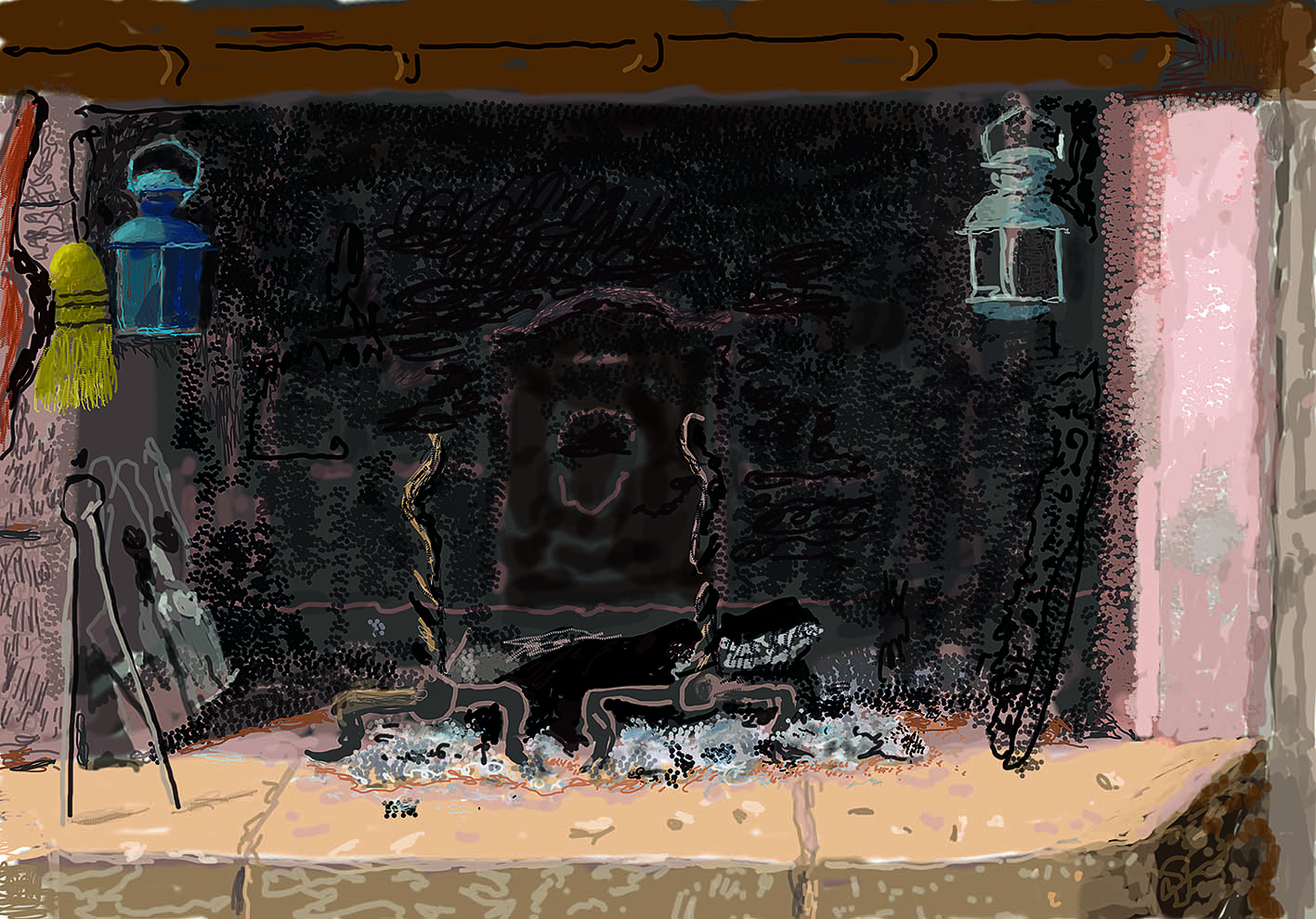 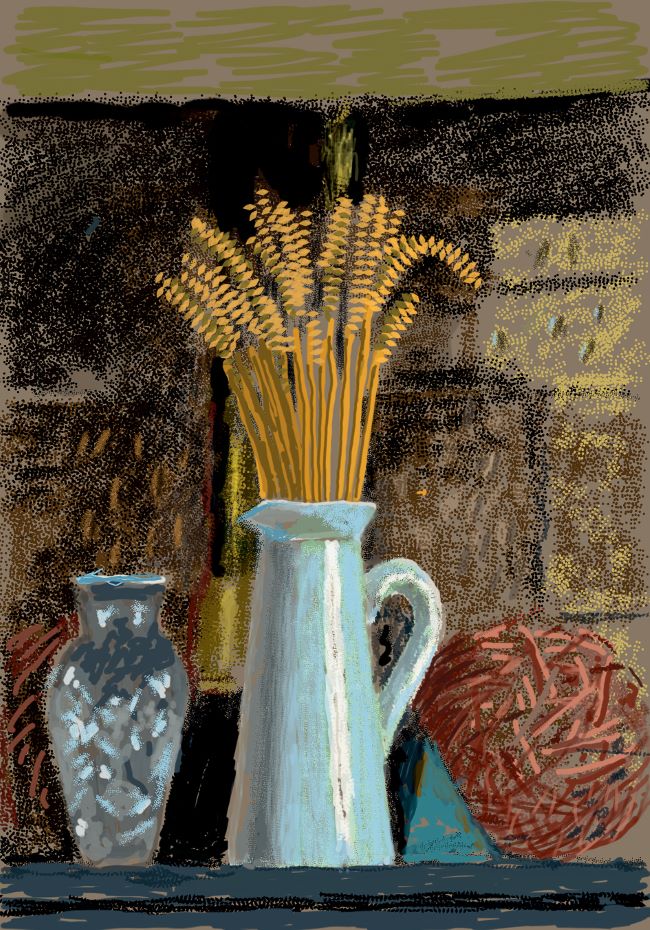